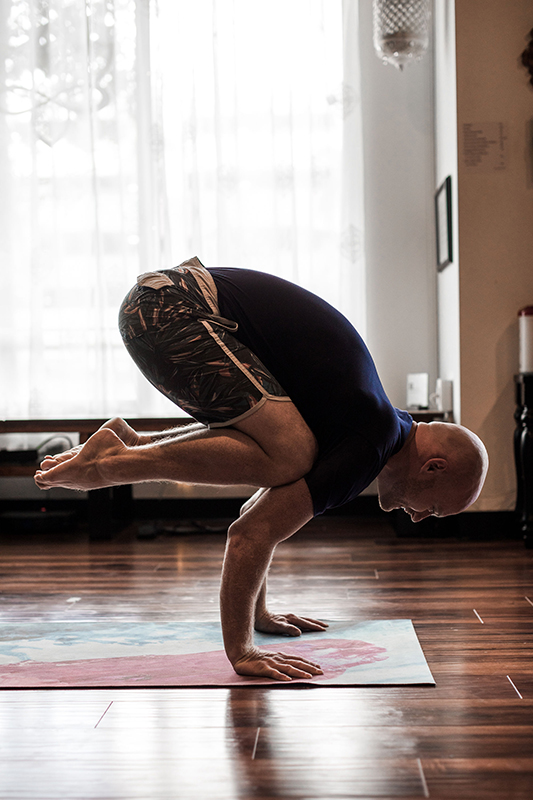 A 5th generation Southern Floridian, Chad started practicing yoga 6 years ago when the pain and stiffness following his 3rd ACL replacement motivated him to find a long term proactive approach to rehabilitating his injuries.

Practicing regularly quickly became a part of his weekly routine as he saw positive results and greatly increased his quality of living. As he deepened his practice, he got much more than expected.  Chad began to notice his stress levels decreased, his gratitude for life increased, and his personal relationships strengthened. He decided to then pursue and practice meditation and studied Vedic Mediation under the guidance of Matt Cardone.

Chad also found himself intrigued by the words of the Bhagavad Gita and began to re-read and study the ancient text. These additional studies provided a well rounding to form a complete Yoga Sadhana for Chad. Today, Chad finds purpose in sharing the practice with others, as a path to mindful and conscious living and a path to contentment.

He hopes to help others find the same physical, mental and spiritual freedom that he has found through his own practice.

Register for a yoga class with our trusted guides.

Give the gift of yoga. Purchase a Soul Space Yoga gift card.

Stay in the know on our classes, workshops and other going ons.